Excerpt: In this post, we will introduce you to the work of Dr. Robert Cialdini. Who is an expert on how to influence people. And in the psychology of persuasion. In his bestselling book, ‘Influence‘ Cialdini identifies six principles of persuasion. And explains the psychology of why people say “yes”.  And how to apply these understandings in real life.

However, this isn’t so much an article, more a reference post for anyone who wants a quick overview of Cialdini’s work on the persuasion principles. Or wants to reread one of them. That’s why we’ve have divided this post into sections. So you can easily jump to the subject of your interest.

Robert Cialdini’s work can be considered as adding on to the work of Daniel Kahneman. Kahneman discovered what laid the foundation in all thinking about behavioural psychology and behavioural economics. We used to think that we are all rational thinking human-beings. Using information at hand to make a decision. But for the most part, we rely on emotional thinking. The majority of our choices are automatic and based on so-called shortcuts.

In his book Robert Cialdini uncovered six shortcuts that he calls ‘universals that guide human behaviour,’ they are:

When using these shortcuts, Robert Cialdini states you can make people say ‘yes’ to about anything. Also called persuasion. The action or process of persuading someone or of being persuaded to do or believe something. That’s also the reason why he stresses to employ the persuasion principles an ethical manner.

Unlock the power of behavioural psychology for positive choices

Which is something we can only stress once more. Behavioural science is a powerful tool. If you know how people think, and how they make decisions, you can influence their behaviour. Our company mission is to unlock the power of behavioural psychology to nudge people into making more positive choices in work, life, and play. We help people grow through change. And true change is all about behaviour. You have to stop doing the things that hold you back. And you have to start doing the things that will propel you forward.

Why we love the work of Cialdini is that he brought the psychology of influence into practice. Like ethical sales, marketing, management, and business applications. He explains the psychology of why people say ‘yes’. And how to apply these understandings in daily life. Cialdini ‘s 6 Universal Principles of Influence were based on three “undercover” years. Applying for and training at used car dealerships, fund-raising organizations, and telemarketing firms to observe real-life situations of persuasion.

The reciprocation rule essentially states that if someone gives something to us, we feel obligated to repay that debt. Could be we give back to others in the form of behaviour, a gift, or service. Key to using the Principle of Reciprocity is to be the first to give. And to ensure that what you give is personalized and unexpected.

In his book, Cialdini illustrates this principle with an example you have probably have experienced yourself. The fact you get candy or peppermint with your restaurant bill. They have done a series of experiments in restaurants. To see if this phenomenon of giving a little gift together with the bill had any effect in influencing the amount of tip given. To trigger the obligation to do something back. This is what happened.

When a single mint was given with the bill and the end of a meal, tipping amounts generally rose with 3%. Interestingly, if the gift is doubled and two mints are giving, tips didn’t double. They quadrupled to a 14% increase in tips. What turned out to be the most effective in influencing people using reciprocity? If the waiter gave just one mint, started to walk away from the table, but paused, and turned back. And said, “For you nice people, here’s an extra mint,”. Tips went through the roof. A 23% increase, influenced not by what was given, but how it was given. It feels personalized. And it’s unexpected.

You can imagine that using the principle of reciprocity can also improve sales effectiveness. Most of the times we’re not aware how the principles of influence work. But they drive how we make choices. And it once again shows the power of the subconscious mind Kahneman has illustrated so beautifully. 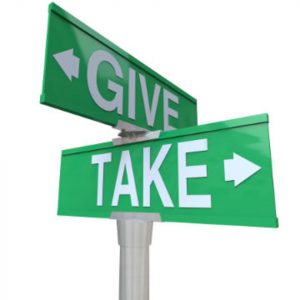 People want more of those things they can have less of. That’s why for example you see so many websites using cues that stress the scarcity of a product or service. Deal times that are running out. The number of rooms left. Only two days to go, etc. Time pressure enhances the feeling of scarcity. And it even increases the perceived value of things.

When it comes to effectively persuading others using the scarcity principle, it’s not enough to tell people about the benefits they’ll gain.  You’ll also need to be very clear about what is unique about your proposal. And what they stand to lose if they don’t buy your product or service.

This is the idea that people follow the lead of credible, knowledgeable experts. What Cialdini tells us is that it’s important to signal to others what makes you a credible, knowledgeable authority. You have to do this before you make your influence attempt. That can be done in different ways. Diplomas on your wall help. Wearing a uniform also does the trick. And being introduced to someone as an expert does work too.

In his book, Cialdini discusses and example of authority on his website this that is very interesting (the example is directly taken from his website). A group of real estate agents was able to increase both the number of property appraisals and the number of contracts. By making sure the reception staff who answered customer phone calls to first mention their colleagues’ credentials and expertise. 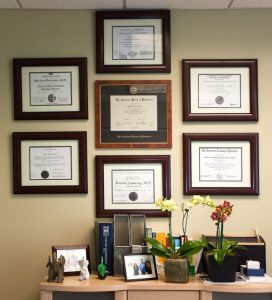 People like to be consistent with the things they have previously said or done. If you did A, you are inclined to do A (and not B). This has to do with the fact that our brain is always looking to reduce our mental stress. And it’s less stressful for our brain to be consistent. Daniel Kahneman has explained in-depth how this works in our brain if you want to know more about this check out this post.

How can you use this in influence people? Get someone to do, preferably a public or written, commitment to something. Your chances of influencing that person raise dramatically. Easier said if you can make someone say ‘yes’ to something it works wonders. An example. People who are conducting street interviews. If they would stop someone on the street, and first ask them ‘Do you consider yourself to be a helpful person?”. And if people said ‘yes,’  they would ask them, would you mind filling in this questionnaire for me? Compliance rates rose from 27% to 70%. People wanted to be consistent with their first answer. In other words, you can change attitudes towards something by using this principle of consistency.

Cialdini gives another example of commitment in his book. In a study, they found out that the number of missed appointments at health centers was reduced by 18%. Simply by asking the patients themselves to write down appointment details on the appointment card. Instead of the doctor assistants who would normally do this.

People are more inclined to say ‘yes’ to people they like. But how can you increase motivation for people like you? How can you influence people’s thoughts and behaviour towards yourself? The science of persuasion gives three very clear answers to this. People tend to like you more if:

In short, you can behavioural design the perception of yourself by using the principle of liking. 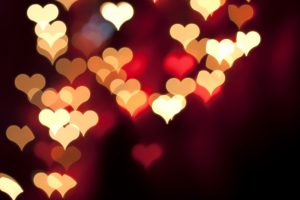 Social proof is a psychological and social phenomenon where people assume the actions of others in an attempt to reflect correct behaviour in a given situation. Social proof is considered prominent in ambiguous social situations. Where people are unable to determine the appropriate mode of behaviour. And is driven by the assumption that the surrounding people possess more knowledge about the current situation (Wikipedia).

In other words, as Dr. Cialdini puts it “Especially when people are uncertain, people will look to the actions and behaviours of others to determine their own”. Telling people the number of people that have already bought your product. Or the number of people that were happy with your service works. For example you can also design behaviour by referring to others who were in a similar situation as the person you are trying to influence. A well-known example is the research on towel re-usage in hotel rooms. By doing one small addition on the little information card that can be found in the hotel rooms. Stating that ‘75% of people staying in this room, reused their towels’ the towel re-usage rate increased with 33%. 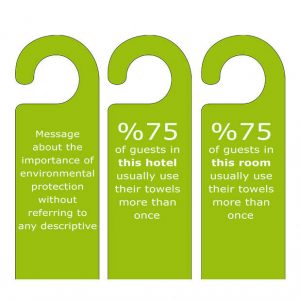 To round things off, this is a short video explaining the six principles in a fun and easy to understand way. Made by Influence at Work and narrated by Dr. Robert Cialdini:

How to use the Principles of Influence

We’ve made an overview of the six universal principles of influence. And joined them with the way you could apply them. Hopefully giving you a bird’s eye view on how to use the principles to influence people. We use the principles in combination with BJ Fogg’s Behavior model to boost motivation and ability. 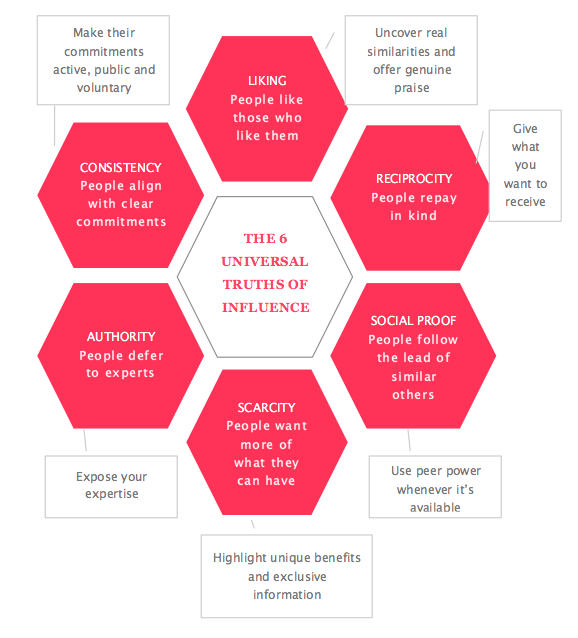 We have also made an overview of the more practical usage of the principles in daily life and business.