How obstacles are key for innovation

How obstacles are key for innovation

I am continually fascinated to discover the importance of behavioural economics in solving the significant challenges of our time: eradicating disease and tackling climate change. After reading an interview with Susan Athey, I realised how robust and starting from choice psychology can be in solving these complex challenges.

How to save the climate and lives with behavioural psychology

Susan Athey is economics professor at Stanford Business School and the woman who managed to:

Shortlisted for the Nobel Prize, Athey is an econometrician and a specialist in market design. The challenge she tackles is how to get players in a market to invest more rapidly in solutions that save lives. She is not someone who explicitly starts from psychology, but what I find fascinating is that if you listen to her story through Behavioural Design glasses, you see that understanding choice psychology was an essential key in arriving at the solutions to all three challenges.

The Problem of the Mexican Standoff

Back to the 700,000 lives (it was the malaria vaccine) and the Covid vaccine. Athey describes that in both cases there was a deadlock. From her economic perspective, she describes this as a typical market problem. Developing vaccines requires billions in investment. For pharmaceutical companies, the decision to develop and produce vaccines is a very uncertain one. They have to take a gamble in the hope that 1) there will be a customer soon who 2) is willing to pay enough money to recoup that investment and turn it into a profitable business model. Pharmaceutical companies are often dismissed as ‘evil’. But the investments they have to make to develop a vaccine and the uncertainty as to whether there will be enough customers willing to pay a fair price make it extremely risky for them. Apart from the fact that ‘evil pharma’ marginalises the complexity of the healthcare issue, it is in any case not very constructive. It only creates a Mexican standoff situation, in which no party wins and certainly no one moves.

If you look at it from a psychological perspective, a different picture opens up and opportunities open up. From our SUE | Influence Framework, the uncertainties about market demand are clear ‘anxieties’, or stumbling blocks that stand in the way of desired behaviour (producing vaccines). At the time, for example, there was a lot of uncertainty about Covid. How long would the pandemic last? Wouldn’t the virus die out quickly on its own due to mass immunity? It would take more than a year before a vaccine would be ready and that required huge investments in R&D and production capacity. Would governments be willing to pay a market price at all or would they simply demand the vaccines through legislation? In the US, for example, there is the Defense Production Act, which allows the American president to appropriate product capacity. In short, there were enough roadblocks to prevent the pharmaceutical industry from making decisions and behaving accordingly.

Athey describes what contributed to the solution as counterfactuals. In other words, what would be true under different circumstances? As Behavioural Designers, we always ask ourselves a similar question: what would be true if we were to remove barriers?

Outside-in thinking 2: Fulfilling the Job-To-Be-Done of the market players

From the SUE | Influence Framework, try to present the desired behaviour (producing vaccines) as a better way to meet the goals and drivers (the Jobs-To-Be-Done) of the pharmaceutical industry, than the undesired behaviour of doing nothing. Their Job-To-Be-Done is to realise a healthy, profitable business model (which in turn allows investment in R&D for finding medication for other diseases).

How did this happen in both the production of malaria vaccine (which saved 700,000 lives) and the Covid vaccine? In both cases, the solution of Athey and her team was to realise so-called advanced market (or purchase) commitments.  By calculating from an economic perspective what the economic and social benefits would be -gains in the Influence Framework – if the world were up and running again quickly ($1,000 per person at relatively low cost of the vaccine), they managed to get governments to commit to purchase orders in advance. In short, it appealed to the Job-To-Be-Done of governments: the rapid stabilisation of society and the economy. And yes, the wealthy countries got the Covid vaccine first, but as Athey puts it, Covid was primarily a capacity problem. The wealthy countries invested in widening the production pipeline. They got the vaccines first, but without that investment there would have remained a narrow production pipeline and other countries would have been much slower to get the vaccine. From a Behavioural Design perspective, it is unfortunate framing that these investments were seen as the fight for the vaccines rather than the fight for capacity.

Athey is now working on solving the problem of removing carbon from the air. This is another complex challenge, as it requires large investments and there is no real market demand. Who is the buyer? Governments move slowly and there is a freeloader problem that increases inertia. If the US decides to invest, Russia will benefit and vice versa. There is not yet (enough) legislation that obliges organisations to invest in carbon capture. No demand means no bank is willing to finance this technology.

But again, the same approach seems to work. By looking again at who it is desirable to remove carbon from the air (a Behavioural Designer would say: for whom is this a relevant Job-To-Be-Done?), she now works for Frontier. An organisation that grew out of the large financial corporate Stripe where employees and customers are committed to the climate issue. The Job-To-Be-Done Done of a corporate is twofold: 1) scoring well on environmental social and corporate governance (this is the extent to which an organisation contributes to social goals that go beyond the initial goal of maximising shareholder value) and 2) thereby attracting and retaining talent and customers. These Jobs-To-Be-Done Done are so relevant to corporates that organisations such as Meta, Shopify, Alphabet have together invested a billion dollars in Frontier (again advanced market commitments), making banks willing to co-invest (removing anxieties).

In short, a story that teaches us a number of things. First: any complex problem becomes simpler if we look at it from the Behavioural Design lens. By interpreting what is happening in other domains from the SUE | Influence Framework, it becomes much more understandable. And we can learn from their innovative solutions so that we can apply them to other challenges. Ultimately, everything can be traced back to a behavioural problem. If we understand Jobs-To-Be-Done and remove the obstacles that get in the way of that Jobs-To-Be-Done, innovation becomes not only much more interesting, but also much simpler. 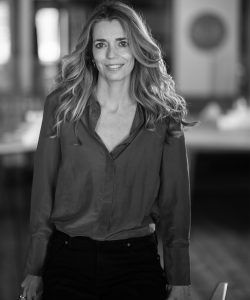