We are the product of the stories we inhabit

By Tom de BruyneNovember 2nd, 2021All, Citizen Behaviour
No Comments

We are the product of the stories we inhabit

In previous posts, I wrote about Identity, Growth-KPI, and economic policies as examples of macro-forces for behavioural change. They have a profound impact on how people behave in society. Today I want to introduce a fourth macro-force for behavioural change: Stories. I want to explain the central role of stories in how we think about ourself and the world. And I want to argue that stories are perhaps the essential ingredient of a strategy for behavioural change on a massive scale. As always, I hope you enjoy reading Behavioural Design Digest. Don’t hesitate to share your thoughts, suggestions or remarks at tom@sueamsterdam.com.

We are nothing more than actors in other people’s stories.

A couple of days ago, as we were enjoying one of the first warm sunny days in July at our family’s summer house, I noticed a couple sitting outside at the nearby bungalow. They were sitting next to each other for more than 3 hours, drinking coffee, smoking cigarettes, staring into the abyss. They must have decided that, since it was summer, the smartest thing they could think of was to rent a bungalow on a bungalow park.

The whole scene struck me. It felt like this couple were actors in a story that went nowhere. And since there was no story left for them to participate in, they were sitting there, side by side. Numb and paralyzed. I imagined that probably 20-30 years ago, a different story must have structured their lives and their relationship. A story filled with dreams and plans. A story of what they wanted to become and the hero journeys they would embark upon to achieve those outcomes.

Who we are is produced mainly by the stories we inhabit

The whole scene reminded me of why Freudian and Lacanian psychoanalysis fascinates me so much. What the French Psychiatrist Jacques Lacan (see image above) highlighted in his re-reading of the work of Freud, was Freuds struggle to understand the essence of the concepts that define humans: Our identity, our desires, our unconsciousness, and our relationship with lust, authority and death.

Lacan argued that what Freud discovered was that there is no such thing as a self. The words I produce are not initiated by a core self that is running the show deep inside our brain. In contrast, Lacan argues that the ‘self’ is instead an emerging property. It emerges out of the words and stories that we inhabit.

You can think of your identity as a web of positions that are assigned to you. Your first position in life is your place as a child to two parents. They teach you over and over again how they expect you to behave. Then, during adolescence, you have to start searching for your own position. You borrow a lot from role models and friends, and in that process a new identity gradually takes shape. Then you find a partner. Your relationship with that partner is very much bounded by the rules that your culture offers for your role: You need to be loyal, faithful, produce a family, create a stable life, raise kids, etc. The moment you utter the words: I am your husband, and you are my wife, your thoughts and behaviours are being shaped by the hidden rules of what it means to be someone’s husband or wife.

Gradually, as you grow older, more and more storylines emerge and force you to play an ever more growing set of roles. Meanwhile, you try to figure out whom you need to be, to be recognized and appreciated by your friends, your team, your boss, your clients, your neighbours?

Being human is exhausting.

If you think about it: Being a human is pretty exhausting. We’re acting in a never-ending play that consists of multiple storylines. And this is exhausting for several reasons:

Why the current story sucks.

Remember, the value of stories is that they produce our identities. Your identity is the product of the stories you inhabit. As I argued in my previous posts, the most important reason for the growing discontent in society is that people have lost confidence that the economy will produce an exciting future for them. What is there to dream for, if society has reduced you to a consumer of goods? If you’re robbed of the ability to secure a stable life and maintain that same level of living after retirement. How would you feel if you would be acting in a play in which a tiny elite re-writes the script to produce ever more wealth for themselves and burden society with all the costs, while climate catastrophe is looming on the horizon?

Unless you are part of the lucky few for which this storyline creates social status, prosperity and access to exclusive places and very cool friends, more and more people haven’t got that much to strive for, unless avoiding the stress of getting into trouble.

The story is broken.

Stijn Siekelink – a well known Dutch researcher on radicalization – argues that we should think of radicalization as an identity crisis that went wrong. Time and again, radicalized youngsters say that the Jihad Recruiters were the first people who gave them a perspective to be part of something that society wasn’t going to provide them with: status, purpose, pride, and identity. Jihadist recruiters understand perfectly well that their praying on a sense of being a loser. They offer a much more thrilling answer than regular societies.

Why do we love movies or series? The simple reason is that we love exciting narratives. A well-crafted story has it all: a tension, a hero journey, a goal to strive for, and lots of obstacles that need to be overcome. Every movie in the history of the world follows this recipe. We, humans, crave for stories like these.

There are so many major problems to be solved: Humanity can fix hunger, poverty, inequality, climate change, rewilding nature etc… but we’re no longer part of the solution anymore. We can all make individual choices, like driving electric, eating plant-based, travelling less, but these are all choices we make as a consumer. Everything else, we have outsourced to governments and international organizations.

The central thesis of my blogpost is the Freudian-Lacanian psychoanalytic concept that our identities are being produced by the stories we inhabit. If we don’t change the script, we’ll end up as bored and annoyed actors in a sad storyline. A boring narrative of success and social status. Meanwhile, there are so many epic adventures ahead of us to solve the world’s most pressing problems.

While the world is gradually turning into Instagram, we should live it more like Minecraft, a game in which people are encourage to join forces to create beautiful new worlds. 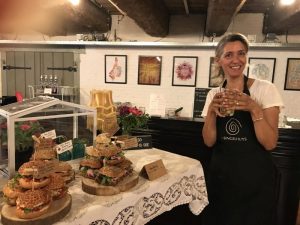