This blog summarises a lecture I gave at a social innovation conference a little while ago in Belgium. Governments, NGOs, and Environmentalists worldwide are trying to get people and companies to change their behaviours sustainably. To achieve these goals, they use a mix of interventions and strategies: they urge for stricter policies, campaign for greener buying decisions and name and shame companies that benefit from polluting ecosystems. A combination of all of these tactics is needed to influence minds and to change behaviour. Here are a couple of thoughts on what behavioural design thinking can teach us to be more effective at achieving long term sustainable behavioural change.

To design for sustainable behavioural change is a pretty tough challenge.

First of all, there’s the problem of hyperbolic discounting.

A second mistake is the desire to persuade people.

Facts only matter if they confirm what people already believe. Activists, therefore, only tend to convince other activists. They’re preaching to the choir. If you’re a Trump fan, you will dismiss all lies and accusations as fake news, or deep state undermining. If you’re a hard-working ordinary guy who can barely make ends meet, you’ll get very upset by green fanatics who want to tax your old diesel. Like you should never try to persuade someone with facts to have sex with you, you shouldn’t try to convince someone into sustainable behavioural change.

A third mistake: If I ask you not to think an elephant, you can’t help but think of an elephant.

By pointing your attention to the elephant, I activated your brain to think about it. Climate activists and environmentalists ignite thoughts and images of fear, danger, suffering, guilt and hopelessness. These thoughts are highly unproductive for action, because they paralyse people at best, or get people to feel too small and irrelevant at worst. If you insist that we’re not doing enough as a society, you strengthen the belief that it makes no sense to act, because nobody else isn’t doing anything neither.

A fourth mistake is the fascinating world of perverse incentives.

Quite often an intervention that was designed with the best intentions trigger the exact opposite behaviour. When you increase the fines for texting while driving, people don’t stop the behaviour but lower their phone between their legs. When you clean up people’s mess after they littered, you give them a free pass for littering.

Want to shape behaviour and decisions?

Then our two-day Fundamentals Course is the perfect training for you. You will learn the latest insights from behavioural science and get easy-to-use tools and templates to apply these in practice right away!

Find the deeper needs and drivers in people’s lives and try to connect with those. Donald Trump discovered that a deep sense of not being recognised and respected is an emotional goldmine. Translated to environmentalist campaigning: Never expect the masses to change their behaviour for the climate. But do expect them to change their behaviour if it’s in their self-interest. Turn climate-activism into a right-win theme and appeal to self-centred motives: local jobs, national pride, more quality of life, lower costs of living. Tell a story of how the small guy takes back control against big corporations with deep pockets. Don’t talk about costs; talk about investments. Link abstract ideas to words and images that people can relate to. Littering is abstract, but not when you talk about little kids on the beach, putting cigarette buds in their mouth.

The problem with environmentalists is that they always lose the battle for public appreciation. They are either too kind (hippy tree-huggers) or too irritating (stubborn activists). Figure out how to make environmentalism more bad-ass. You want the tough kids and the cool kids to be on your side. Don’t get me wrong: You also need the Greta’s, but you need other persona’s to take activism from the fringes to the masses.

Our brain is hard-wired to interpret the world in terms of battles and enemies. Environmentalists need to create better narratives with in-groups (us) versus out-groups (them). Every populist in the world can only thrive by stirring the anger of the masses against their enemies. The right-wing populist provokes their rage against the liberal elites. The left-wing populists stir anger against the billionaire class. Frame the environmental challenges in terms of a battle between ordinary people and all the evil forces that make their lives more difficult. For an ‘us-story’ to catch on, we need to start telling a vivid ‘them-story’.

Social proof is the most powerful principle in the universe. Humans are highly social animals. We are continually looking at what other people do to calibrate our own beliefs and behaviours. As long as I have the feeling that majority is not moving the needle, then I’m not going to be the lonely sucker who does. Conversely, when a critical mass for behavioural change is reached, things can change very fast. Environmentalists need to create the feeling that everyone’s on board, to make people feel more comfortable to join the change.

Ability is the dark horse of behavioural change. Many people shifted to solar in the Netherlands when iChoosr organised a group-buying scheme. Norway is the world leader in the percentage of electric cars buying sold, by allowing toll-free passage for EVs and turning parking in Oslo free. Meatless Monday has been a worldwide success to trigger trial behaviour for eating vegetarian. You can’t change people’s eating habits if you can’t activate them to try it first.

One more thing: Activists still matter. They set the agenda and move the needle. They create awareness for problems and take the issue from the fringes towards the critical mass. But the tactics that brought them there stand in the way of mass adoption. 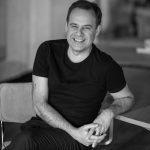