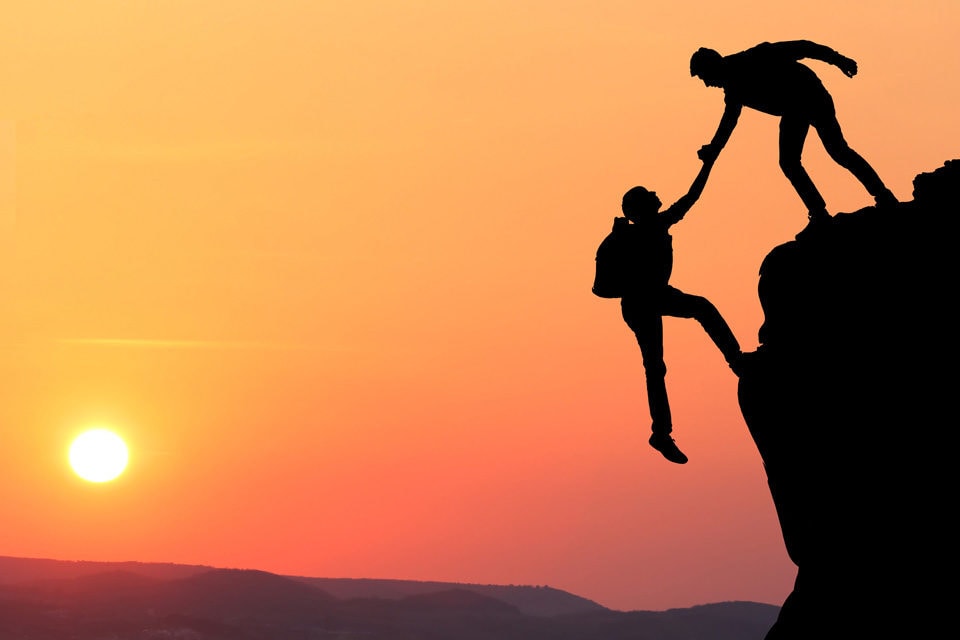 The lie at the heart of the coaching and Leadership-Industry

I’m fully aware that I will probably get hate-mail for this. But I honestly think personal coaching is a gigantic waste of time and money. Personal coaching is based on the assumption that changing the individual will lead to a change in the behaviour of the group and will benefit the company. A multi-billion dollar leadership-industry even emerged around this assumption. “If only I would become a better leader, my company would grow and my team would flourish”.

I think this assumption is complete nonsense, because of these four reasons

1. There’s a very weak relationship between knowledge and habits.

The same goes for coaching. Learning a lot about yourself is one thing. Being able to break your automatic interaction patterns with your environment is a whole different subject. You and your environment can’t help but repeating the same patterns over and over again. And the moment you try to change, your environment will push back hard to get you in line with what they expect you to be.

2. Individuals are overrated when it comes to making a difference

Only collaborations create breakthrough innovations. The central storyline of Michael Lewis biography of Daniel Kahneman and Amos Tversky is how these two Isreali psychologists, basically re-wrote the rules of psychology through their collaboration. which had all the characteristics of a creative-intellectual love affair. They could never tell who initiated a breakthrough insight or idea. It was the creative-intellectual tango between both of them, that generated idea after idea. Interestingly, their intellectual productivity dried up, when they got separated in the eighties.

By the same standards: There would be no Steve Jobs, without Steve Wozniak or Johny Ive. No Warren Buffet without Charlie Munger. Even the archetype of the lone genius, Albert Einstein, turned out to rely heavily on the genie of his wife Mileva Maric. I think it was Aristotle who said: “knowledge is dialogue”. So instead of looking inside for “unlocking hidden truths about yourself”, find yourself a creative partner and start playing.

In his new book “Trillion Dollar Coach: The Leadership Playbook of Silicon Valley’s Bill Campbell”, Google’s former chairman and CEO Eric Schmidt brings a homage to Bill Campbell, who both coached the Apple and Google Board at the same moment. Bill was famous for coaching the team, not the individuals of the team. As Schmidt puts it:

“You hear all the day that “I need a mentor.” Well, by the way, you need a mentor and I need a mentor; mentors are great. That’s not what Bill was. Bill was a coach and more importantly, he was the best coach of teams ever. And why do you need a team? Because a company is not an individual, it’s a team of individuals who need coaching to achieve their objective”.

3. You are the average of the five people you hang around with.

This is what Tim Ferris would write, if he would be given the chance to write copy on a public billboard.

The answer to becoming a better person is by surrounding yourself in your daily life with people better than yourself in different ways. I’m not saying that you shouldn’t have a mentor. But I do think that most of your uncertainties, flaws, ego-problems, bad habits and lack of energy can be attributed to the simple fact that you’re not surrounded by enough people, who push you to become the best possible version of yourself.

4. Change is about behaviour

Most of our limitations are the effect of the ecosystem we’re part of. As entrepreneurs, there was a time we worked day and night and frustrated our team because we couldn’t let go. The only way to solve this problem was to step out of this ecosystem for a while. This forced everyone in our team to step up and it provided an amazing opportunity for personal growth, and this includes Astrid and I. What changed us was an intervention that liberated everyone from a pattern we got locked into. No personal coaching could have solved this problem.

The Behavioural Design of Personal Growth

How does this relate to Behavioural Design? At SUE we think of Behavioral Design as a set of methods and principles to change behaviour, through the design of interventions that nudge people’s choices in a desired way. The more we work on big themes like happiness, excitement, creativity, productivity, etc… the more we discover that you can’t search for those values within yourself. They are the effect of the behaviour you are nudged into.

By the same standard we think of professional growth as just another Behavioural Design Briefing. If you want to grow as a person, simply create a context in which you are triggered into behaviors that lead to growth. The best way to achieve this is to come up with interventions that force a group to give more feedback. to engage in continuous learning and to experiment aggressively. Our Behavioural Design Sprintis an example of how the design of the process forces the group into these positive behaviours.

Or maybe you currently have a challenge in which you want to influence choice or change behaviour. Please, take a look at our Behavioural Design Sprint. It might be the answer you’re looking for.