How to influence those in power?

How to influence those in power?

How do you influence those in power? Have you seen the talk that Observer journalist Carole Cadwalladr did at the official TED2019 conference last week? Her performance became a viral sensation because she did what nobody dared to do before. In a conference, sponsored by Google and Facebook and with their high-priests Mark Zuckerberg, Sherryl Sandberg, Sergei Brin, Larry Page and Twitter-CEO-turned-mindfulness-hipster Jack Dorsey in the room, she named and shamed them in front of their peers and the whole world. For how their platforms are undermining democracy, and for how they keep refusing to look that dirty truth in the eyes. 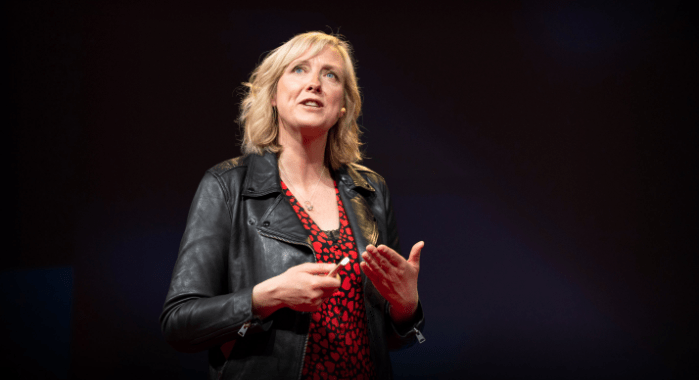 Of all the efforts to get these leaders to take action for the havoc their platforms are causing to society, this might be the most powerful one. It reminded me of my favourite quote by the American philosopher Richard Rorty:

“We resent the idea that we shall have to wait for the strong to turn their piggy little eyes to the suffering of the weak, slowly open their dried-up little hearts. We desperately hope there is something stronger and more powerful that will hurt the strong if they do not do these things.”

Rorty argued that the only way to change the behaviour of the ruling elites is to persuade them that it’s in their interest to do the right thing. The robber barons agreed to more human labour laws, only when it became clear that the alternative was a revolution.

We, humans, are total suckers for social recognition. We’re continually signalling our desired social status to others through our cars, the house we live in, our job titles, our relentless attempts to build and maintain our personal brand on social media, etcetera.

Being wealthy and successful is the highest form of social status you can achieve in Western Society.  The problem is not “success” as such, but the cultural narratives that surround success. One of those dominant narratives is that both success or failure is your achievement. (It’s not, it’s your social background that determines the number of opportunities you will get).

Another one is that the State is bureaucratic and corrupt and you should outsmart the State by paying as little taxes as possible. Being successful is all about out-smarting the State. However, everything that contributes to opportunities and success (the availability of talent, infrastructure, business partners) is being paid for by taxes.

Lot’s of people thought it was an absolute disgrace how fast the super-rich in France pledged more than 1 billion (!) Euro for the restoration of the Notre Dame Cathedral. If it’s that easy for them to give away, then why not give all that money to societal and environmental problems, that are in part being caused by their greed? Their behaviour is obscene, and we should remind them of their obscenity.

If you want them to do the right thing, turn them into heroes for doing the right thing. Let’s not do this by applauding them for their philanthropy schemes, but for contributing to the general well-being by paying their taxes. The real heroes of society are all the entrepreneurs who create jobs, contribute to building thriving communities, try to come up with new business ideas to tackle the environmental challenges, etc.

I hope Zuckerberg, Sandberg, Brin and Page opened their piggy little eyes last week at TED19. I hope they are gradually starting to realise that society doesn’t think of them as heroes anymore,  but as the crooks who crippled democracy, just because it made their billionaire shareholders even richer.

Or maybe you currently have a challenge in which you want to influence choice or change behaviour. Please, take a look at our Behavioural Design Sprint. It might be the answer you’re looking for.