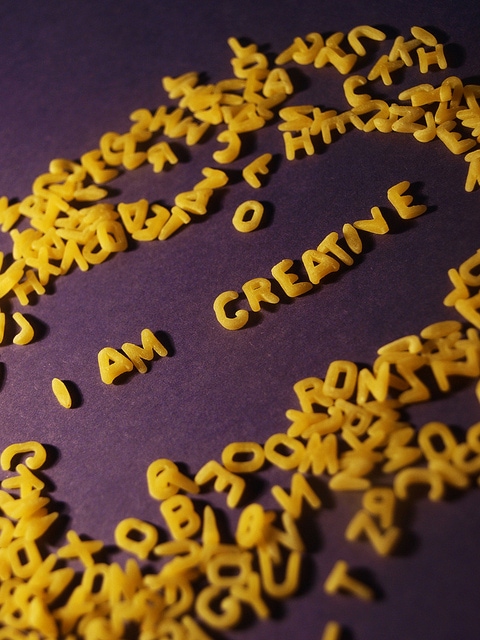 3 techniques that will supercharge your team’s creativity

3 techniques that will supercharge your team’s creativity

This blog post shows you three super-effective techniques rooted in behavioural science to supercharge the creativity of your team. It does require to kill off one creativity habit we all use: the brainstorm. But trust us, the techniques we propose instead are much more effective and fun!

One habit we need to shake: brainstorming

Before we get to the goods of supercharging your team’s creativity, there’s one thing that needs to be taken care of first: we need to say goodbye to the good old brainstorm. For good. Maybe it sounds a bit harsh, but sorry, there’s no pardoning act. Brainstorms should die. The ‘inventor’ of the brainstorm Alex F. Osborn gave birth to brainstorms in 1939. So, it’s about time for a makeover. But let’s not question his intentions. According to Wikipedia Mr. Osborn “Was frustrated by employees’ inability to develop creative ideas individually for ad campaigns, in response, he began hosting group-thinking sessions.” And it still holds true: Solitary creative processes have an entirely different dynamic and output than a process in which great minds collide.

But why, oh why, are we then all still trapped in those everlasting flip-over led sessions that feel like such a waste of time and resources and where great minds tend to collapse instead of connecting?

Looking at brainstorms from a human psychology perspective, there’s a quite simple explanation. When a group engages in a group think process, the leader of the pack prevails. It is just nature. The one who is the loudest is heard the most. And the highest in rank at the table is often followed. The real problem with this is that a group only delivers a fraction of the possible number of ideas in a brainstorm.

How to supercharge the creative capital of a group

But there’s an upside to this: Research shows that teams are terrible in coming up with ideas but great in selecting ideas. So, if we fix the ideation part of the process, we can create magic. In fact, three simple behavioural design techniques can have a massive impact on the creative output of a group. They will help you to unlock the creative potential of a group, even of presumed non-creatives.

Research shows that teams are terrible in coming up with ideas but great in selecting ideas.

The first technique has to do with a human psychology principle that’s called the Framing Effect: How information is presented shapes our opinions about it. In this case, it is the question from which you jump-start your creative thinking. You can drive creative output by designing the problem using these three magic words: “How Might We?” Feel how the “Might” instantly liberates you: It urges you to go ahead and explore, to free your mind, be boundary-less, an explorer or pioneer even. Compared to its tight ass brother ‘Can’ it makes a world of difference. Just feel what it does to you when you frame the question as ‘How Can We?”. The ‘Can’ immediately forces you to think about the possibilities and even worse the impossibilities; practicalities also, harshly limiting the number of ideas already at the start of the process.

When getting to the ideation part of the creative process we’ve to keep a few human psychology principles in mind. The first is social proof: People tend to follow the lead of others. Sometimes this manifest itself in the social bias of Authority: We have a strong tendency to comply with authority figures. Or we adjust our behaviour to reflect positively on how peers see us: The Reputation bias. The job to be done in the ideation phase is to reduce the biases that could potentially reduce the creative output and install a free-flowing non-judgmental exchange and ideation process that sparks everyone’s creative fire.

You’ll be amazed by the number and diversity of ideas you as a group will come up with in such limited time. From everyone. The bold and the timid. The upper rankers and the climbing uppers. The creatives and the presumed non-creatives.

A technique to do so is Brainwriting. Instead of coming up with ideas as a group, you start by thinking about ideas as an individual. The method is simple. Determine a ‘How Might We Question’. Give every person a stack of post-its. Set a timer for a brief period, somewhere between 5 and 10 minutes, and then as an individual write down as many ideas as possible, no talking, just go wild by yourself. Write down every idea that pops into your mind on a separate post-it. After time’s up, everyone shares his/her ideas with the group. Stick them on a large piece of paper. Describe them if necessary. But don’t comment on each other’s ideas just yet. All you do is grouping the ideas that seem similar. You’ll be amazed by the number and diversity of ideas you as a group will come up with in such limited time. From everyone. The bold and the timid. The upper rankers and the climbing uppers. The creatives and the presumed non-creatives. Then use the third technique to select the ideas.

A fundamental concept in behavioural psychology is making target behaviour easier to do. A well-known psychological phenomenon in groups is social compliance. It’s very challenging for an individual to go against the norm, breaking the rules, to think differently. Social deviance is a hard behaviour to show, as it triggers another psychological principle: Loss Aversion. Humans prefer eliminating the risks of loss over increasing the odds of winning. And the most significant loss in a group process is rubbing against the hairs of the highest ranked person in the group and dealing with the personal retributions. But it’s precisely that kind of social deviance of going up against the top-ranked person in the group that helps to select the best ideas. A simple technique to eliminate this pressure and to fight compliance is called dotmocracy.

Loss aversion: Humans prefer eliminating the risks of loss over increasing the odds of winning.

The technique is simple: Everyone gets two same colored dots. Everyone groups around the paper with all ideas and at the same moment, you stick a dot on your two favorite ideas. Could be two dots at the same idea, could be dots on your ideas, could be dots on two different ideas. Just pick the ideas that you think have the most potential. Nobody can follow the lead of others, and you instantly get a clear overview of the best ideas. Usually, as a group, you discuss the selected ideas with two dots or more where people are asked to elaborate on the reason for picking the idea. After the explanation, the second round of dotmocracy should be done, placing dots on the ideas that came out as best in the first round. Although sometimes sticking dots at the same time is sometimes impossible (the best group size is therefore 5/6 people), the process shows people authority is not an issue. Everyone’s vote has the same weight. There are no larger dots. No different colored dots. No order of placing the dots.

If you only have 30 seconds, read this:

Especially for you we've created a free cheat card 'Capability and Willingness principles'. For you to keep at hand, so you can start using the insights from Behavioural Design whenever you want—it is a little gift from us to you.