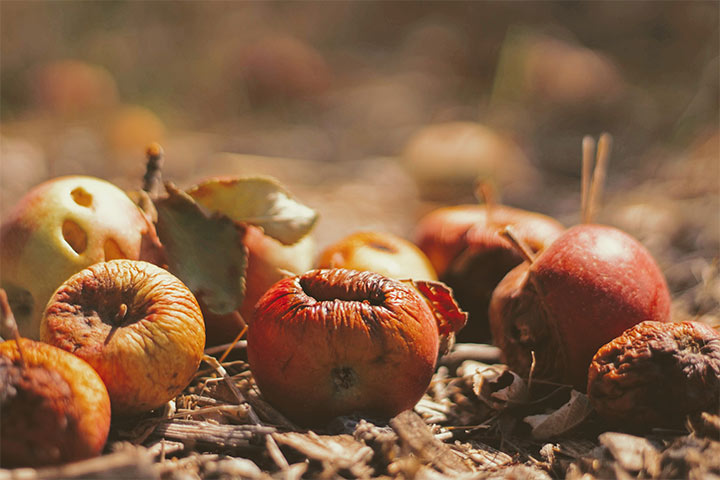 Case Study: How to get people to separate their organic waste?

Case Study: How to get people to separate their organic waste?

In this guest blog, our Behavioural Design Academy alumnus Ron Ghijssen, founder of ANDC Design shares a fascinating and very well executed intervention strategy he worked on in the Dutch City of Amersfoort. The target of the intervention was to get people to start separating their organic waste. The case demonstrates of the power of behavioural design thinking combined with creativity for designing sustainable behavioural change.

The research phase (i.a. questioning a group of citizens of Amersfoort) led to several exciting insights which formed the base for the campaign strategy. The core of this strategy contained two central elements:

With this strategy as an essential guideline, we focused a bit more on insights from the research phase. It triggered us that the majority of citizens consider separating waste as an annoying task because it implies effort (this applies not only to people in Amersfoort, former research shows that this applies to the majority of people in the Netherlands).

Do you also want to learn how to apply behavioural science in practice?

We have created a brochure that explains all the ins and outs of the Fundamentals Course. From the program to the former participants. From the investment to the people behind the Academy: it's all in there. 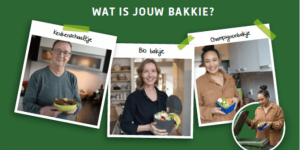 We felt we were on the right track with the ‘bin issue’. By discussing this issue more deeply in brainstorms, by physically analyzing our own kitchens and by adding some common sense (where would you be without), we concluded that every kitchen has só many potential organic waste ‘bins’: a pot used during cooking, an empty little mushroom box, an empty salad bowl. In other words, simply every kitchen object where you can put organic waste in will do (I don’t recommend using a little girl’s lunchbox, my daughter didn’t appreciate it). 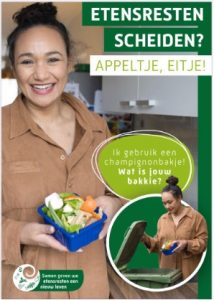 This question reframes almost every cooking object in a little organic waste bin. And it contains a facilitating message to all citizens. After all, suddenly, they see little waste bins all around them in their kitchen. And the best part is: people have freedom of choice and can pick the one they find most suitable. So we just helped people make the first step in desired behaviour by making it easy. Where’s that resistance now?

Another great advantage of this message is that people are being facilitated by this question instead of investing in tangible physical goods. After all, there was no budget to give all citizens their little bin. But why should you, when everyone has more than enough by themselves? So there was no needless time and money wasted (sorry) for getting everyone a particular organic waste bin.

Finally, the question also contains the desired social norm we wanted the campaign to express: everyone has a little bin, what’s yours?

Furthermore, we designed and developed several interventions to stimulate the desired behaviour to reach the target group. We created visuals for an Amersfoort wide (poster) campaign. We asked citizens of Amersfoort to be our ‘models’ because we wanted the question (What’s your little bin?) the target group to ask the question themselves. 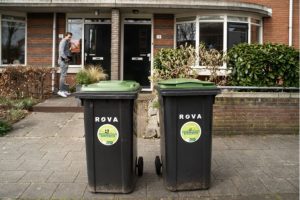 Also, we designed a so-called ‘wheelie bin bingo’. All citizens of Amersfoort with a green wheelie bin (for organic waste) received a brochure in their postbox. This brochure contained, amongst other things, information about the importance of separating waste and tips & tricks regarding the right way to do it. But it also included a sticker upon which people had to write down their house number. By pasting their sticker on their green wheelie bin, all citizens were automatically enrolled in the periodic ‘green wheelie bingo’ (having a chance to win modest but fabulous prizes).

Again, the stickers carry out the social norm when visible on the sidewalks and serve as prompts or reminders for the desired behaviour.

The campaign launched in May 2021, and the city council will monitor the results through an annual analysis of the share of organic waste in residual household waste. One of the most critical desired outcomes is a significant decrease of the organic part in household waste. We hope that our combination of behavioural design and creativity will contribute to this vital goal.

I hope the case of Amersfoort showed you how using insights from solid research, selecting the correct behavioural design principles and techniques ánd adding some creativity can lead to a positive, appealing and hopefully effective campaign.

Ron Ghijssen is a SUE Behavioural Design Academy alumnus. He is the founder of  creative agency ANDC. 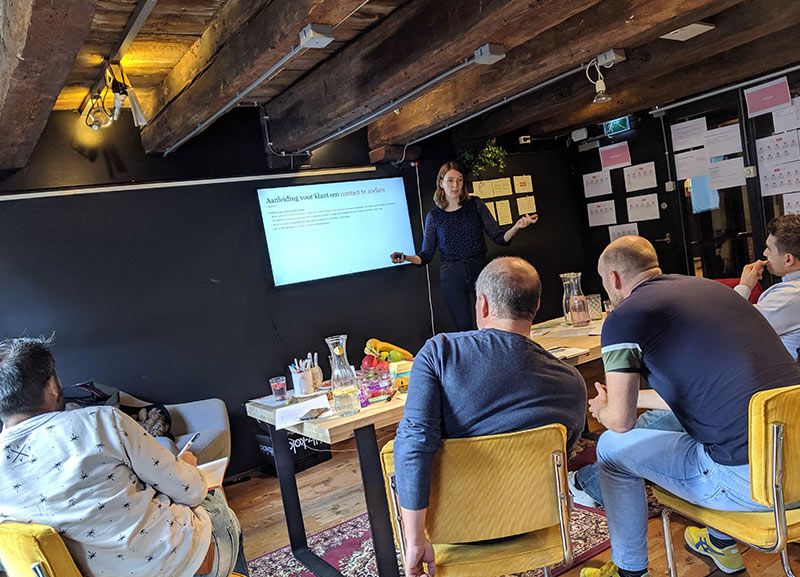 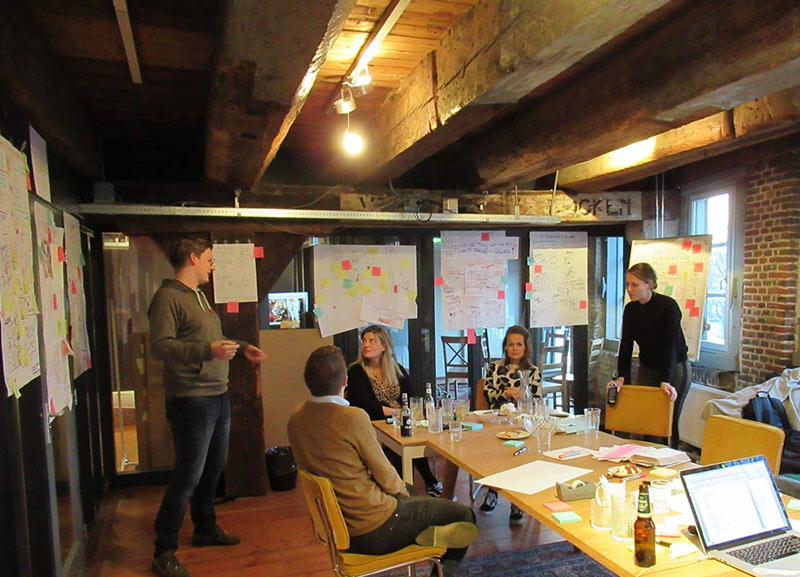 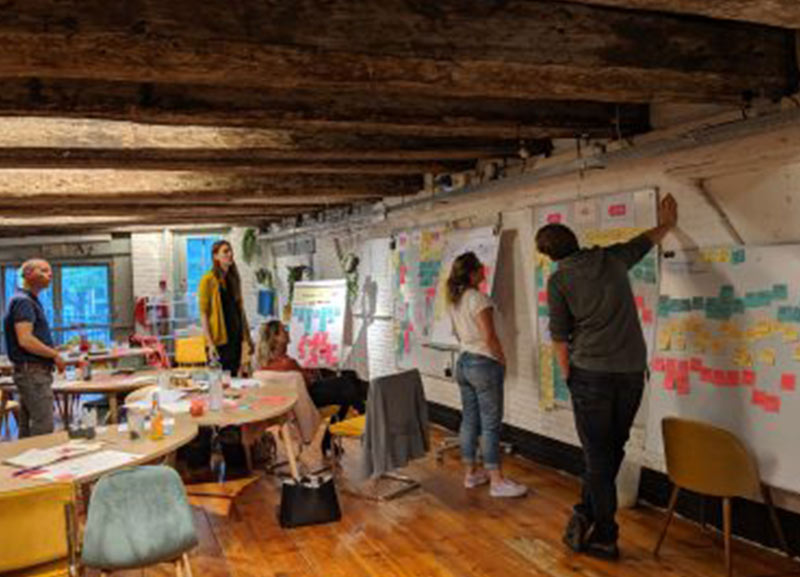 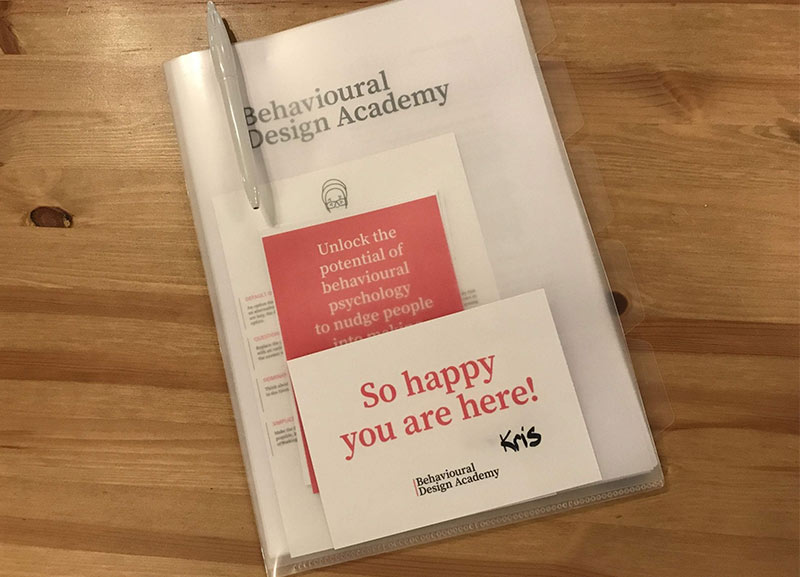 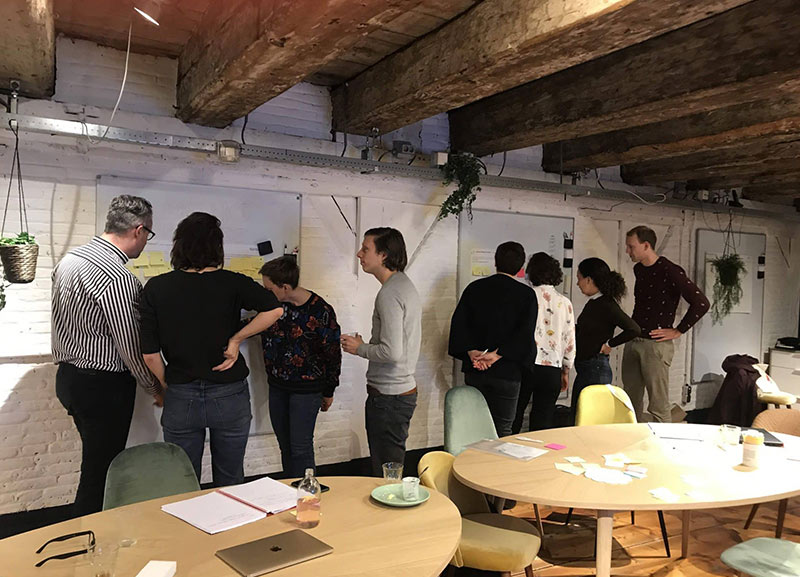 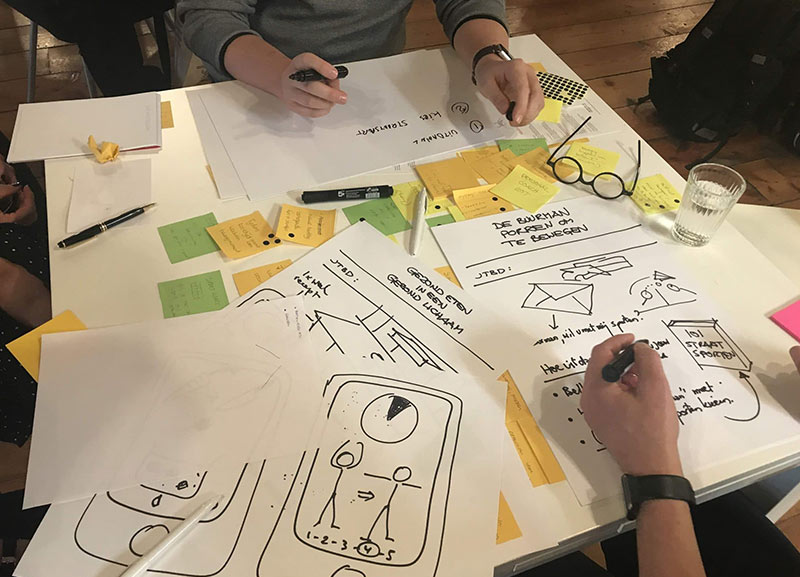