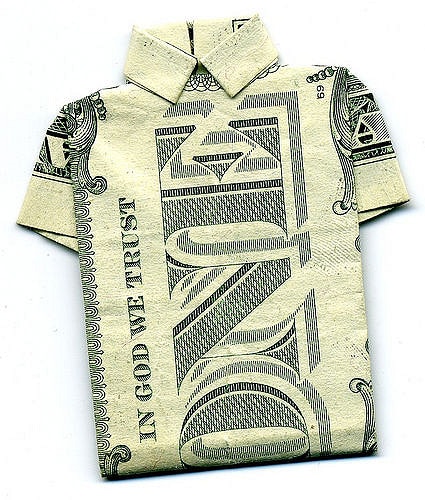 What’s Neymar worth? A lesson in price psychology.

By Tom de BruyneAugust 13th, 2021All, Customer Behaviour
No Comments

What’s Neymar worth? A lesson in price psychology.

Behavioural economics has always been fascinated by pricing. Classic economic thinking has taught us that a price is a fair representation of supply and demand. A rational or even objective evaluation of worth. But in practice, nothing holds further from the truth than this assumption. Almost nothing is more subjective or manipulative than the price of things. Our unconsciousness uses price as an irrational shortcut to evaluate the value of things. Driving up prices or value perception without any logical or objective explanation: Something is expensive so it must be good.

Some examples to illustrate this. For most wine buyers the price of a bottle of wine is the only cue on which they base their quality judgment of wine. A bottle of wine that is priced from 9,99 to 5,99 gives you the feeling that within your wanted price range of a table wine you suddenly get access to a high-quality wine. If the same bottle of wine were just priced 5,99, it just would feel like a table wine. Something happens in your value perception by the price indication. Another classic example of irrational value perception is the introduction of the black pearls in the twenties. When the first black pearls were discovered, nobody wanted to have them. People were used to white pearls and had no idea if black pearls were as valuable as white pearls. The distributor of the black pearls than made a genius move. He retracted all black pearls from the market and paid the world famous Tiffany’s New York to expose them in their window next to ridiculously expensive jewelry items. Suddenly everybody had to have the black pearls, and they were willing to pay a price that was a multitude of the original market price of the black pearls. The rest is history. Black pearls are still more expensive than their white sisters and brothers.

One of the key concepts of psychology is called price cluelessness. We don’t have any concept of what the price of something should be. Our brain solves this problem, by unconsciously looking for clues to help us answer a simple question: Is this product a bargain or is it overpriced? And that’s where things go wrong because most mental shortcuts we use aren’t only incorrect, they are also professionally abused by product suppliers.

A perfect example of this is the recent price escalation in soccer. This summer Neymar was sold by FC Barcelona to Paris Saint-Germain for a staggering 220 million Euros. The story behind this outrageous price is that Barcelona had put a leaver clause in Neymar’s contract of 200 million Euros to protect themselves from people buying this crucial player from them. They never expected that somebody would be that crazy to pay for such an excessive amount. But that was just peanuts for some wealthy oil sheiks that simply wanted Neymar to play for their Paris club.

The price that paid for Neymar just became the price that someone was prepared to pay for something he wants to own. But the effect was greater than this: What happened next is that the whole soccer transfer world went berserk. The price paid for Neymar became the new price anchor against which the value of all players is measured. In a few days time, the prices that used to be paid for players have been wiped off the table. Lionel Messi got a leaver clause of 300 million Euros in his contract, Ronaldo has to do with a clause of mere one milliard Euros. On the last day of the transfer period, Barcelona paid a 100 million Euros for 20-year-old Dembele, who ‘just’ had an estimated worth of 40 million Euros a few days before. Early summer, Manchester United bought the Belgian player Romelu Lukaku for 85 million from Everton. Jose Mourinho, the coach of Manchester United, actually called this a bargain. One month later, when the whole Neymar price spectacle took place, the transfer of Lukaku could easily have cost the club 115 million Euros.

Markets are irrational. The price paid for Neymar was nothing more than an excess of ultra-rich oil billionaires. But the price paid for Newmar ignited a chain reaction of reactions, tactics, and strategies that caused every player transfer to conform to this new price benchmark. In the end, the soccer market is not that much different from the housing market: It is an artificial bubble that will implode. Behind the game with a ball, there is a game with aggressive investors that will earn crazy amounts of money by blowing up this bubble. When the bubble pops, as it always does eventually, it will be only a few already filthy rich people that will profit while others will have to pay the painful and sometimes lifelong price of having bought something overpriced that has suddenly has lost its value. No billionaire will help you there; they are buying something outrageously new already.